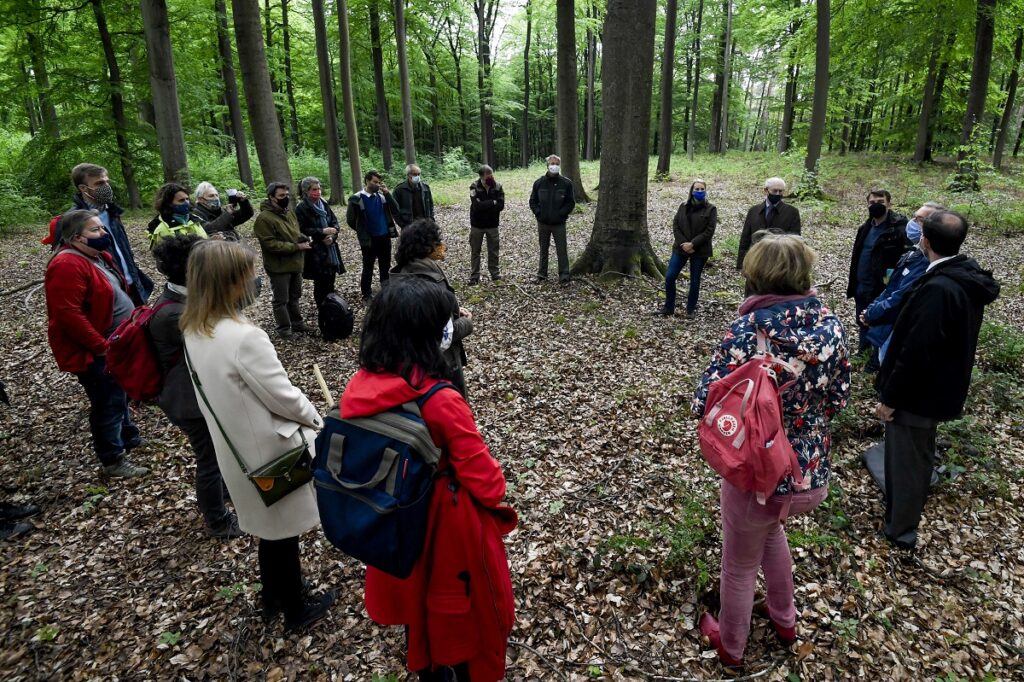 On Friday 21 May 2021, representatives of the European Commission and the Sonian Forest gathered to celebrate Natura 2000 Day in one of the most protected areas of the forest.

“Today, we unite to celebrate achievements in nature protection, locally, nationally, and as Europeans but also to support each other by sharing visions for the future”

“This marks Natura 2000 Day, 29 years on from the approval of the Habitats Directive and the LIFE programme,”

As a result, Natura 2000 now means that 18% of the EU’s land area and more than 10% of its sea area is legally protected for nature. The LIFE programme has funded conservation actions in more than 5 700 Natura 2000 sites (about 20% of the total network), ensured the recovery of many local and endemic species, purchased  thousands of hectares of land that is now indefinitely destined for nature conservation, and reached out to tens of millions of Europeans through a wide array of communication channels. She added that Natura 2000 “will spearhead the European Green Deal’s implementation”.

“Natura 2000 helped us in our missions to protect the forest and its biodiversity and the EU Green Deal is an opportunity to go further, not only by connecting separated areas of the Sonian Forest but also by reconnecting the forest with other green infrastructures across Europe.”

The Sonian Forest Foundation was founded in 2019 to support initiatives that help to preserve the ecological heart of the forest and its vulnerable fauna and flora. The forest consists of more than 5000 hectares of the highest quality European nature. It is a Natura 2000 Special Area of Conservation and a UNESCO world heritage site.

The Sonian Forest Foundation has assumed the coordination of Unesco world heritage series (WHS) of ‘Ancient and Primeval Beech Forests of the Carpathians and Other Regions of Europe’ and is leading the LIFE Prognoses project that aims to promote the importance of old-growth forests across the EU, by transforming scientific information into practical guidance and by supporting awareness raising on the benefits of protecting old-growth forests.